The U.S.-North Korea Nuclear Crisis: A Dangerous Game of Chess

August 04, 2017
Recent American foreign dealings have been significantly dominated by the increasing threat of a North Korean nuclear attack, due to the staggering progress made by the latter in its development of intercontinental ballistic missiles potentially capable of carrying nuclear warheads. North Korea's overzealous and megalomaniac leader shows no intention of relenting, being adamant in stating repeatedly that the nation's survival is wholly dependent on the complete decimation of the United States. Furthermore, due to the watertight bilateral relationship between North Korea and China, the U.S. finds itself between a rock and a hard place and it seems, from ongoing political dynamics, that this crisis is part of a larger, dangerous game of chess between two of the world's leading economic powers: America and the People's Republic of China. North Korea is an important pawn in China's plans for economic dominance, as outlined in Xi Jinping's doctrine of the "Chinese Dream'' which shall be examined shortly. Firstly, let us run over the intricate details. 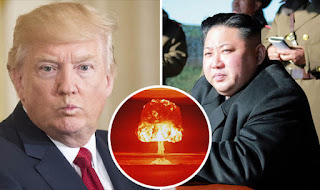 In light of North Korea's belligerent threats, the Trump administration has asserted that it is ready to unleash the full force of the American military in order to prevent the former from developing a fully-fledged missile capable of turning the entire U.S. into no man's land. There have been recent reports of an ICBM test last Friday, making this the second of such tests being conducted in July. Adding insult to injury, Supreme Leader Kim Jong-un has taunted Washington by stating that the entire American mainland is within firing range of the missiles. Consequently, the president's response has been nothing but repeated condemnations via Twitter, being unsubstantiated by a concrete plan of action. The frequently-mentioned potential of full-on military conflict, justified by the president as happening "over there" has been met with dismay by both intelligence agencies and military figures who have reservations regarding all-out war, as an American victory would not only come at the severe cost of hundreds of thousands of deaths, but would also laden the U.S. with heavy military expenses and unwanted additional responsibilities on the peninsula. Furthermore, and even more crucially, direct combative involvement bears the major risk of irking China, who is North Korea's greatest ally and economic bedrock. What warrants the greatest amount of attention is China's continuous sitting-on-the-fence approach to the crisis, fluctuating between issuing warnings to America's impulsive president, sanctioning Kim and appearing to not involve itself in the hindrance of North Korea's nuclear program development. Arguably, this whole fiasco serves as a Chinese ploy in order to further President Xi Jinping's vision of the "Chinese Dream". 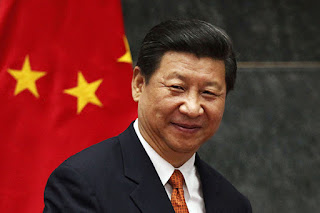 The "Chinese Dream" is a phrase that became popularised in 2013 as part of the country's socialist thought and it is used by academics, journalists and government officials to outline the role of the individual within Chinese society, as well as the goal of the nation as a whole, with its main focus being on Chinese prosperity, collectivism, collaboration, socialism and national glory. This ideology bears great similarities to the American Dream, especially with regards to their focus on the motivation of young people. Xi has encouraged youths to work arduously in order to thrive in society and achieve their goals, but there needs to be allocated great importance to the contribution to Chinese society, or as Xi has put it, "the realisation of the nation". Henceforth, the president called upon all sectors of the government to create favourable conditions via which young people may make their dreams come true.

Now, based on recent reports, China appears to want to take a conciliatory approach to the increasing tensions between America and North Korea, endorsing comments made by Secretary of State Tillerson that the United States does not wish to overthrow the regime of Kim Jong-un but rather to converse with Pyongyang. Moreover, it has signed up for more severe sanctions imposed on North Korea by the UN and said that it had condemned North Korea for its incessant hostility towards the U.S., as recent tests defy UN Security Council resolutions. Yet three days ago, China hit back at Trump over the North Korean issue, with the state media warning the latter to not appeal to brashness and impulsiveness when dealing with such a delicate issue. This comes as a result of two angry tweets made by the American president that he was very disappointed with China for doing nothing, given that it could use its position as North Korea's greatest trading partner to exert pressure on Pyongyang. The Chinese instead have reiterated that primary responsibility for solving this crisis falls on the main parties involved.

Trump is certainly right in his assessment of the relationship between China and North Korea. Beijing is responsible for roughly 85% of all North Korean imports, and accounting for 70% of trade altogether. Meanwhile, trade with Russia is on an upward trajectory, with 2.3% of North Korean imports being accounted for by Moscow. The largest source of foreign currency for North Korea stems from the millions of tons of coal that it exports to China annually, which accounts for about 1/3 of official exports in 2015. Despite the latter recently putting forward a ban on all imports of North Korean coal, the money accrued from vast quantities of shipped coal to China is believed to be kept there in enormous sums which the regime may use to buy whatever material necessary for their nuclear arms programme. Consequently, by keeping the money in China, North Korea may easily circumvent the sanctions that aim to remove it from the global financial system. Henceforth, Trump's plan to choke North Korea's revenue streams across the globe are futile, as North Korean leaders do not shelter too much money abroad so sanctions would be pointless. 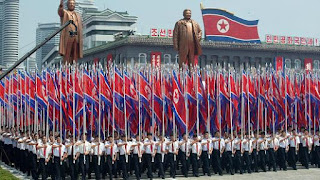 Once again, it is clear that the United States constantly finds itself in unfavorable positions throughout this crisis. It cannot do much as aggressive actions would instigate the Chinese, while potentially sanctioning big Chinese businesses wouldn't be effective as China is seeking to expand its trade network beyond the American sphere of influence. A smart game of chess is being played by China, who has laid out its strategy well in advance, with America being the defenceless king driven into the corner of the chessboard. Antagonising the U.S. need not be worrisome for it knows that American retaliation would only play to its advantage. As such, North Korea is a valuable pawn that is aiding in keeping focus on the dual conflict between it and the U.S., making use of Kim's megalomania while ensuring he doesn't cross the line through economic pressure.

In the meantime, Xi is seeking to expand and consolidate a revival of the Silk Road, tentatively called the New Silk Road. In 2013, President Xi devised a plan to construct a novel Silk Road stretching from China to well into Europe. This incipient phase includes the introduction of a land-based economic belt and a sea-based network, labelled as the Maritime Silk Road with main points in two major Polish cities that would thereafter serve as centres for the organisation of trade and shipment of goods to other European countries further to the west.

So, who will be the winner of this highly intense game of economic chess? Given current trends and developments, it appears that China will be able to proceed without any impediments in its pursuit of economic independence by forcing America into a tight spot. I find it highly doubtful that once the North Koreans fully develop a nuclear arsenal, they will actually unleash their might on mainland U.S.A. This is merely an intimidation technique, albeit a carefully crafted one, employed by the Chinese in order to follow through with its plans of fostering economic partnerships in Europe without facing opposition from the United States, particularly once negotiations with Russia will have been set in motion. All that one can do is sit and wait for checkmate to be called.

Popular posts from this blog

Post-Communism as a Modern or Postmodern Phenomenon? 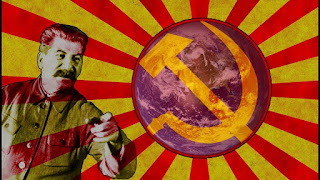 The phenomenon of post-communist development in Europe to this day eludes a clearly-defined conceptualisation due to its multi-dimensionality. That said, anyone who endeavours to study post-communist political economy is obligated to commence with a discussion of ‘the commons’ and common property resources by explaining and examining the relationship and interplay between common property and collectivism, and the monumental impact that both liberal and neoliberal thought have had on the social economies of Eastern Europe following the fall of communism (Pickles, 2006). This paper aims to provide a multi-layered critique of how post-communist growth in Europe has been variously understood and assessed, with a focus on Romania. Said discussion is framed within the wider debate surrounding modernity and post-modernity, employing the writings of Jacques Derrida, Jurgen Habermas, Zygmunt Bauman and Pierre Bourdieu. The main argument proposed in this paper is that post-communism ought to be…
Read more

The End of an Era: A Postmodern and Phenomenological Examination of Socialism and Capitalism

I thought I would add to the festive season by offering my interpretation of the long-running debate over whether there can be, or whether there will ever be for that matter, a system characterised by both capitalism and socialism in tandem. Much recent discussion of this matter has been undoubtedly shaped by the advent of postmodernism, and by scholars' attempts to reconcile the need to re-evaluate and update common conceptions with the more tangible human experience that the school of phenomenology has striven to comprehend ever since the days of Hegel. The overarching argument of this article is that, given the constant fluidity of the commercial and political world, perhaps we have reached the end of the epoch defined by the capitalism/socialism dichotomy, and we therefore ought to move beyond categorical rigidity when attempting to understand contemporary society in order to better grasp its flexible and changeable nature. Consequently, I shall begin by conveying why the clai…
Read more

Erdoğan and the Turkish Lira Crisis: The Pseudo-Sultan That Is Making Atatürk Roll Over in His Grave 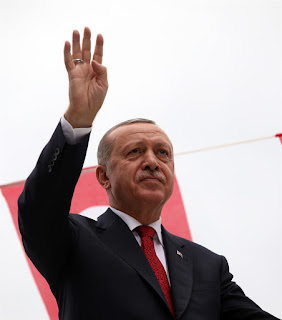 President Erdogan has made it crystal clear over the past few weeks that he is unbridled in his quest to establish himself as the most revered and famous Turkish politician since the age of modern Turkey's founding father, Atatürk. While in his view, the Islamist notion of a reversal to a caliphate-like form of government would be a watershed transformation in the history of Turkish politics, the brash, bellicose and belligerent ways in which he is trying to sew his ideal into the country's social fabric are alarming for they risk plunging the nation into a long-term recession. So, in a sense, Erdoğan will become the most infamous political leader the country has ever had, undoing years of lucrative labour undergone as part of Atatürk's political pledge to modernise Turkey. Following on from last year's entry in which I argued that Erdogan was political suicide (http://danielpetcu96.blogspot.com/2017/07/recep-tayyip-erdogan-prophetic-leader.html), in this article, I sh…
Read more

Daniel Petcu
A newcomer to the blogging enterprise, I am looking for people both of like mind and divergent opinions with whom I can engage in thoughtful discussion